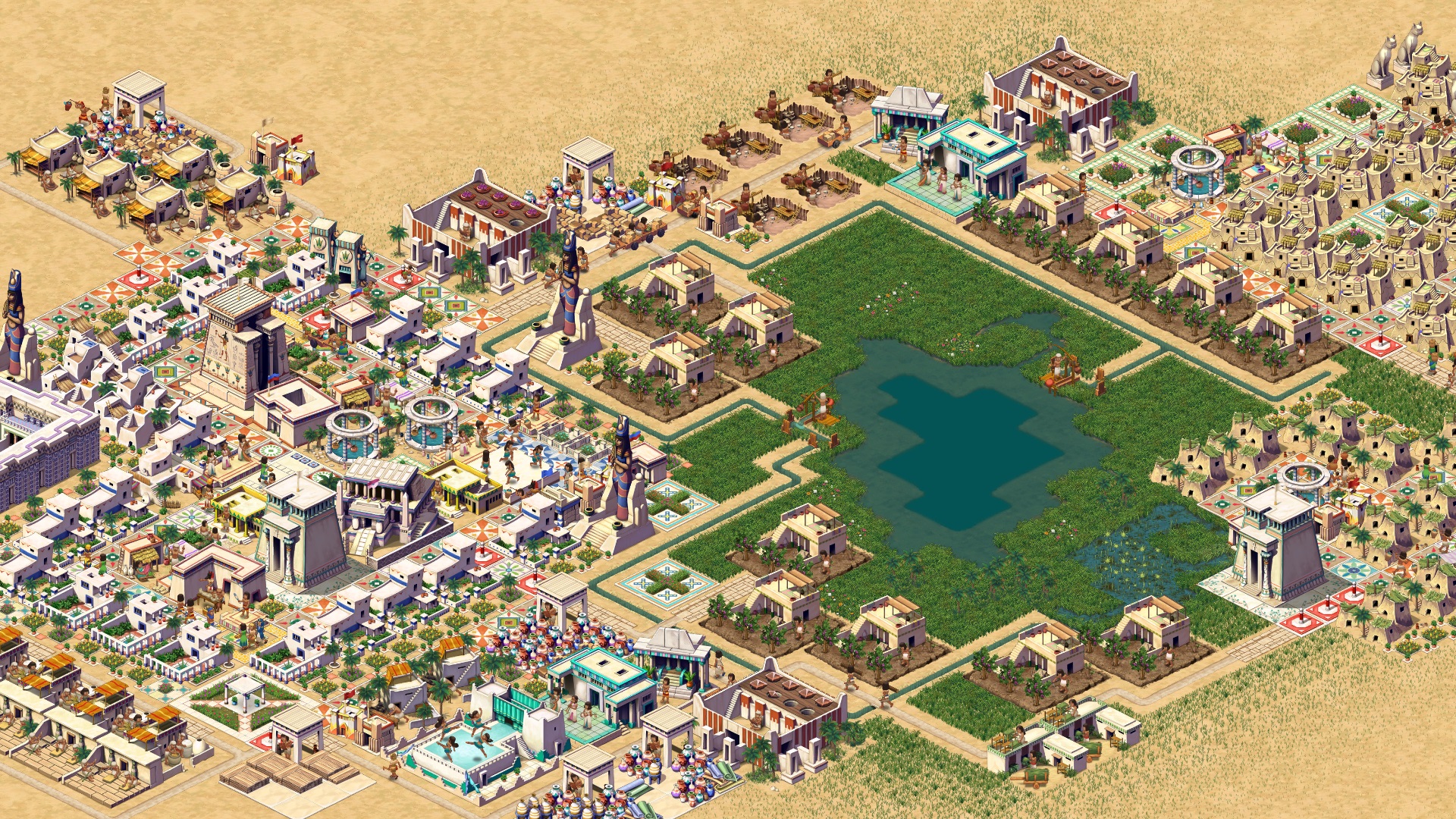 The developers behind the remake of classic city-building game Pharaoh are approaching their task in a way comparable to Blue Point’s handling of the remake of Demon’s Souls – they’re letting the original gameplay stay largely intact while applying a modern refresh to the visuals. The results look great in both cases, and today we get a look at how Pharaoh: A New Era compares with its ancestor.

A new video provides some side-by-side comparison shots showing gameplay from the 1999 edition of Pharaoh before cutting to the same scene recreated in the upcoming PC game, Pharaoh: A New Era. Pharaoh was a pretty lush-looking game in 1999, but its low resolution graphics don’t hold up well when blown up to 2K and 4K screens of today.

The new look is cartoony rather than realistic, but also fresh-looking and far more readable than the original. You can see the details in the frescoes painted on buildings, and each animation contains many more frames, resulting in much smoother character movement as each walker travels through town, providing services for residents.