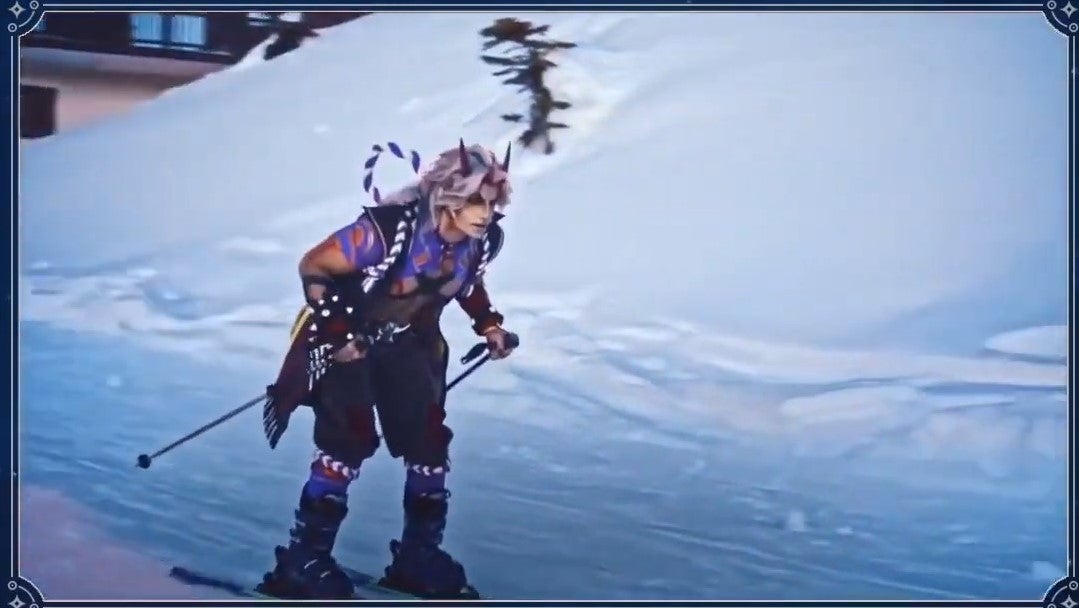 Earlier today a livestream showing that a Genshin Impact waypoint was erected in the Alps went live on the official Genshin Impact Twitch channel. The stream was accompanied by live performances of several songs from the Dragonspine region in the game, played by the lead composer for the game alongside other live musicians (who we can only assume were paid in Primo gems).

The stream did cut away from musical performances on several occasions however. There was footage of Genshin character Klee, climbing the mountain of Dragonspine and running past waypoints to fit the theme. An Arataki Itto cosplayer also appeared for some reason, and was seen skiing away in a frankly hilarious deviation from what anyone expected.

The event took place following 1 million players taking part in the “Enchanting Journey of Snow and Stars” web event in December. In this event, players had to write their own souvenir cards with well wishes on them.