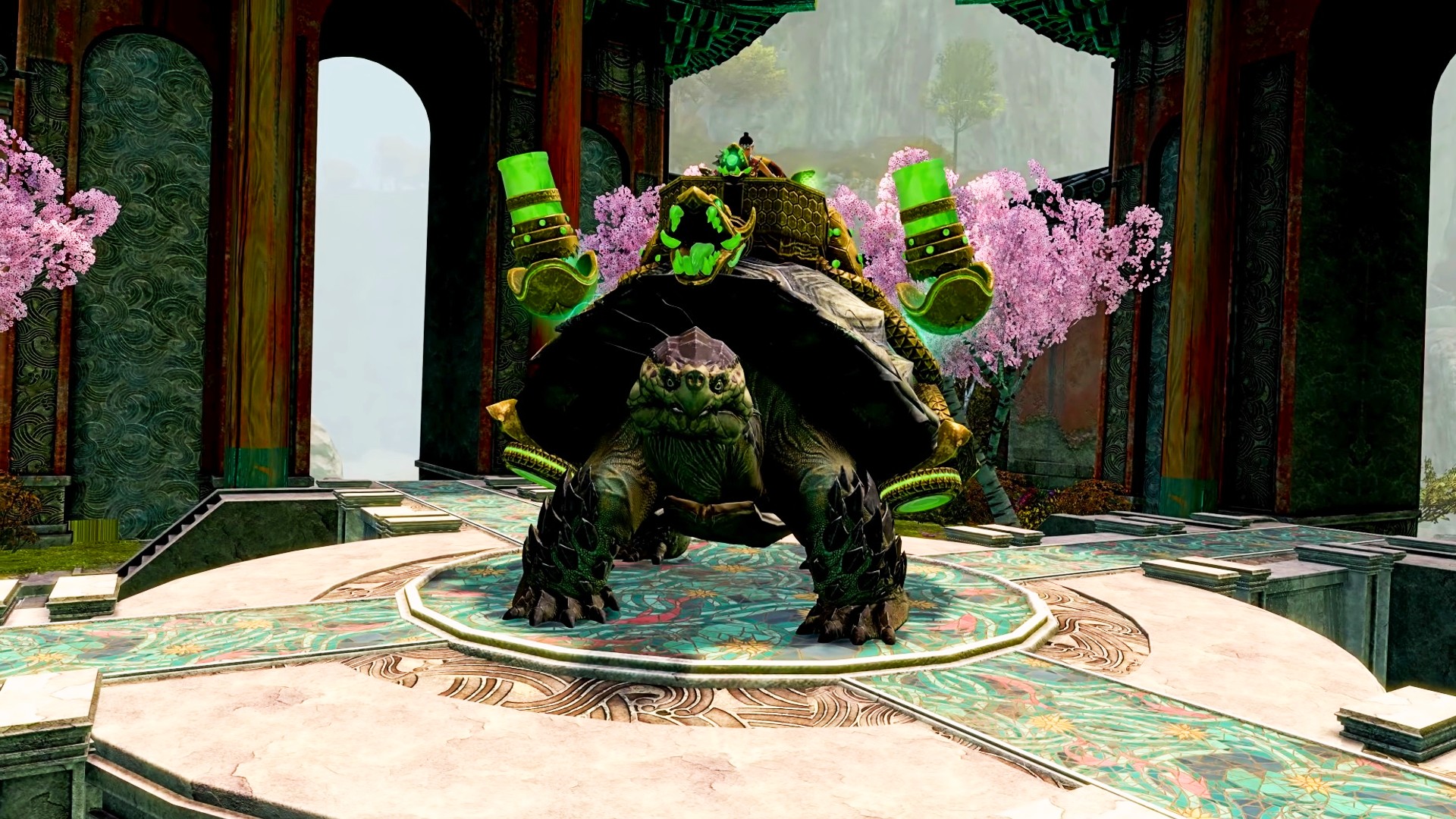 Guild Wars 2 is getting another open beta for its upcoming End of Dragons expansion today. The fourth beta is set to run until December 4, and features the new siege turtle mount and all nine of the new elite specialisations while the latest beta’s on.

We’re quite taken with the giant turtle ourselves. While mounts get you where you need to go swiftly, there are fewer things more joyful than taking up most of the room with a giant mount you’re keen to show off. The siege turtle fits that bill nicely, we think. Once you raise it from a hatchling, you can outfit your giant turtle with jade cannons and jump sets. This isn’t all for show either, as you can deal damage to foes by stomping on them from upon high. The mount can also carry two people, because giant siege turtles are best enjoyed with pals.

You’re also getting to try Guild Wars 2’s new elite specialisations. You’ve got the Willbender for the Guardian, the Vindicator for the Revenant, and many more.