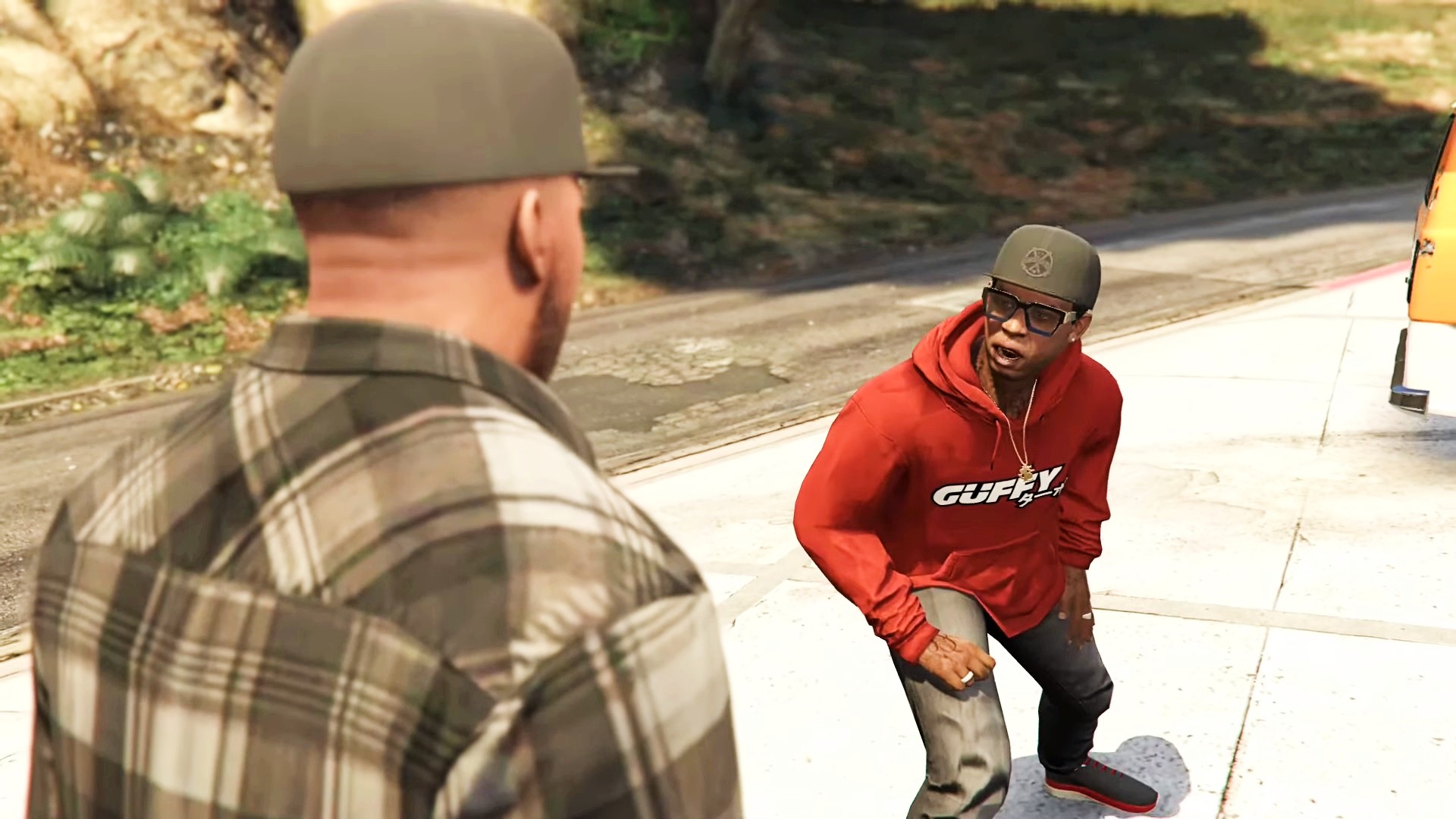 In many ways, GTA Online’s The Contract update shows how things have changed since Grand Theft Auto 5‘s story has wrapped up. Franklin is married to Tanisha, they have kids, and Chop the dog is now old. Some things, though, stay the same – like Lamar roasting the hell out of Franklin.

Once you complete all of Dr Dre’s missions in The Contract update, you and a pal can play a special mission called Fire it Up as Franklin and Lamar. The task involves destroying the weed storages of one of Lamar’s rivals in an act of revenge while the two bicker and banter as they do it. The real highlight, though, comes at the end. Once you drop Franklin off at his house, Lamar will roast him for not letting him in.

If you’ve been out of the loop, fans have been modding a GTA 5 scene where Lamar roasts Franklin in various wonderful ways for a while now, though it really took off at the start of the year. The modified scenes typically involve various character swaps or duplicates, but the end result is always Franklin getting mugged off. Sometimes it’s by a gang of Lamars, other times it’s by Optimus Prime or Pingu. Heck, even Franklin and Lamar’s voice actors got in on the fun.