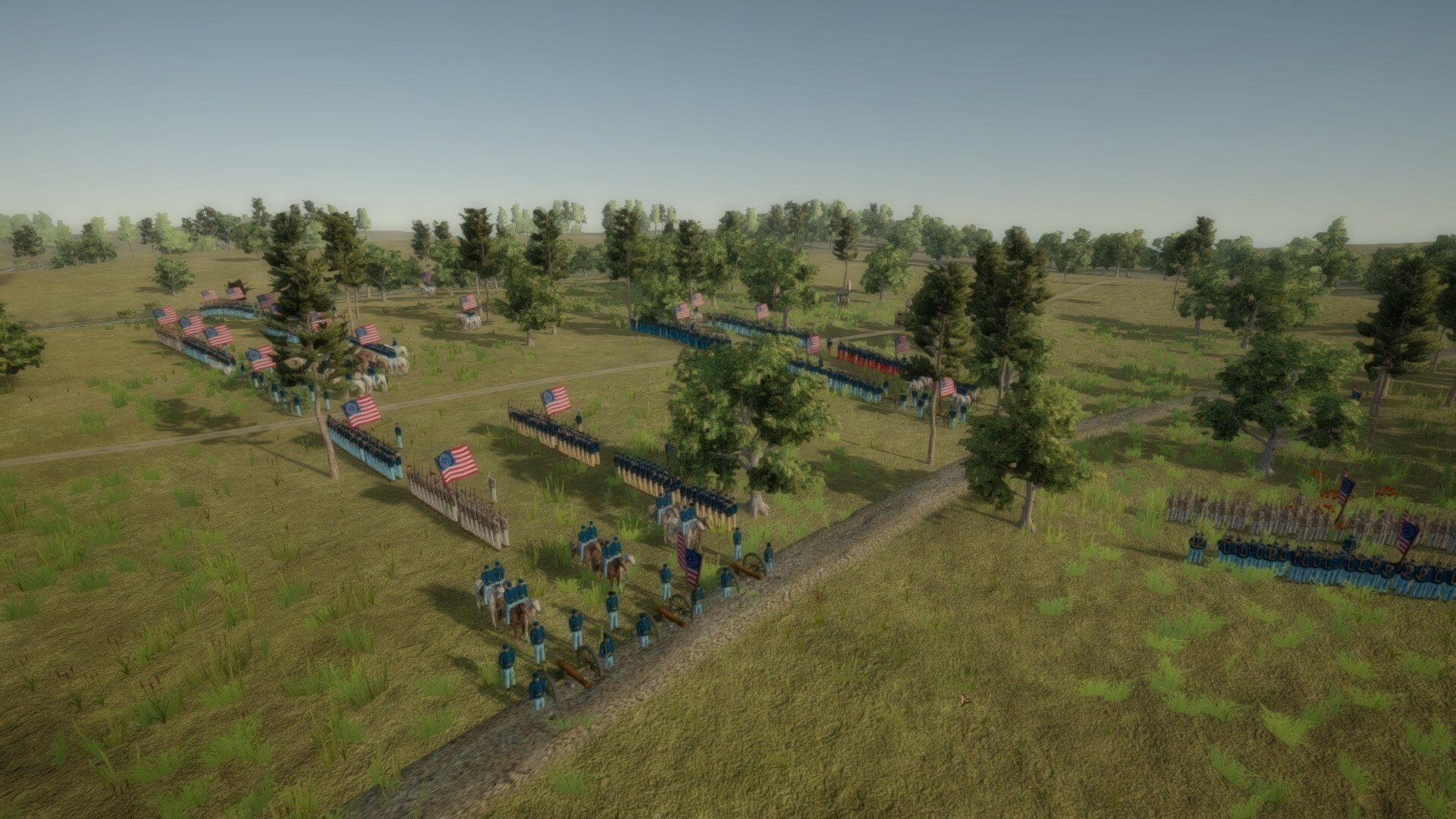 Reinforcements have arrived in Civil War strategy game Grand Tactician in the form of 3D soldier models. While the development team had always intended to use 3D models for troops in Grand Tactician, early attempts to use them were unsuccessful – the models had too big an impact on performance in the initial builds, and were thus replaced with less memory-hungry 2D sprites. After some post-launch experimentation, the Grand Tactician team has successfully worked out a way to use 3D models as originally planned, and they look pretty great.

“The sprites did have many limitations,” chief designer Ilja Varha explains in a Steam post. “As we kept the number of different animations quite high, the number of frames per animation was limited. Also, customization options were limited, as each large sprite sheet reserved a chunk of VRAM.”

The new 3D model system looks much better, as there is no longer the need for abrupt transitions from one sprite to another as players move the camera around the battlefield. But there are other advantages: the new 3D troops allow for variations in uniform within the same unit, for example, and soldiers cast realistic shadows on the ground now.