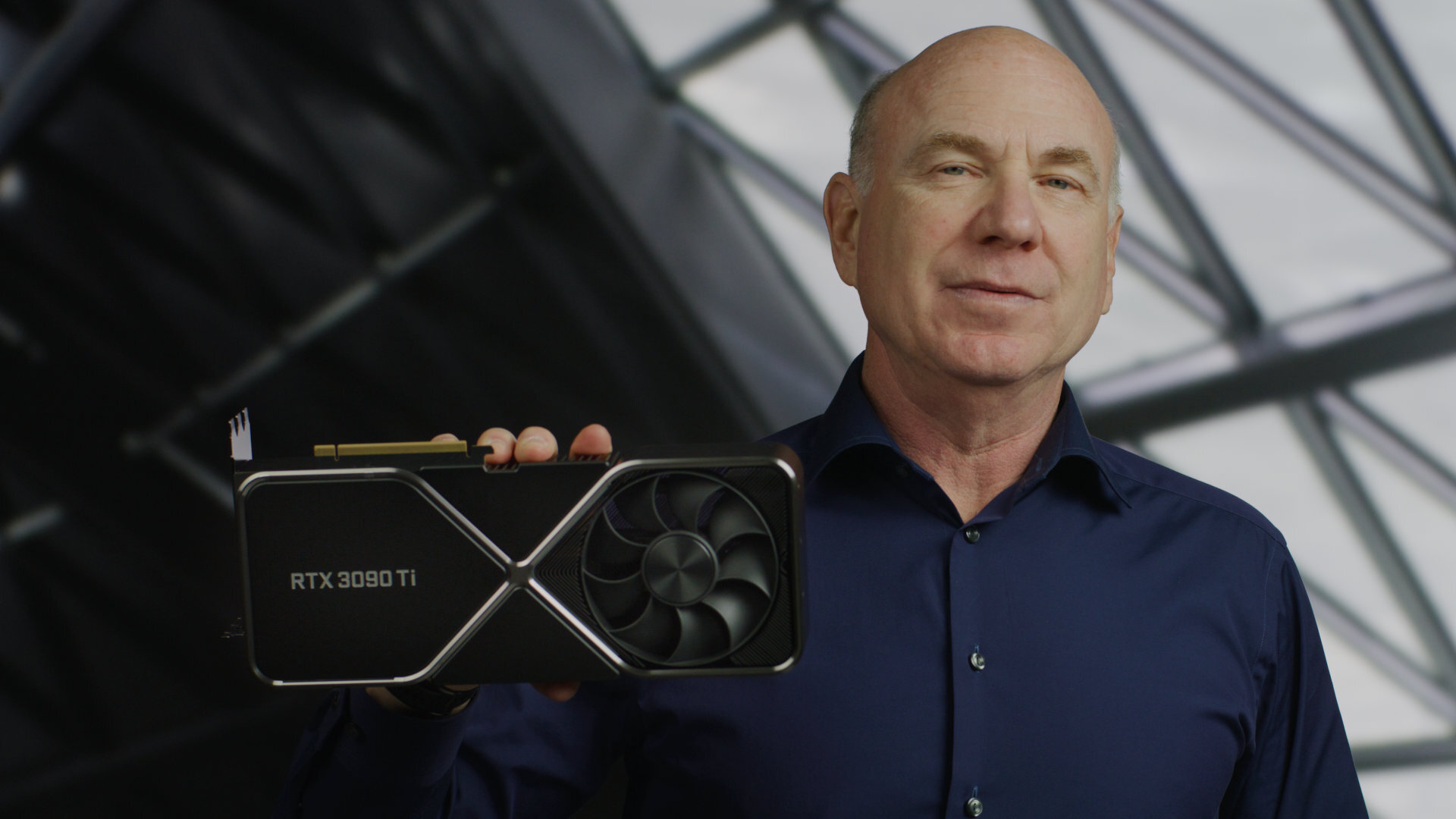 Following months of rumours and leaks, Senior VP of Nvidia’s GeForce division, Jeff Fisher, finally revealed the GeForce RTX 3050 GPU during the company’s CES 2022 special address. While the budget graphics card was the focal point for a large portion of the presentation, Fisher also shared the first official look at the “BFGPU” that is the RTX 3090 Ti.

The RTX 3050 is the first 50-class card to support ray tracing. This may sound rather pointless, given the kind of performance you might expect from a GPU of this calibre, but it also supports Nvidia DLSS. The AI upscaling technology should help boost fps and assist the budget card in handling ray traced graphics options at higher frame rates.

Sharing benchmarks from several games, all with ray tracing options enabled and other settings set to their highest values, the budget card looks quite capable. At 1080p, Nvidia claims the RTX 3050 is able to run games like Marvel’s Guardians of the Galaxy and Call of Duty: Black Ops Cold War at 60fps+ with DLSS enabled. Naturally, these figures will be cherry picked, so it’s worth waiting to see the real world performance later this month.