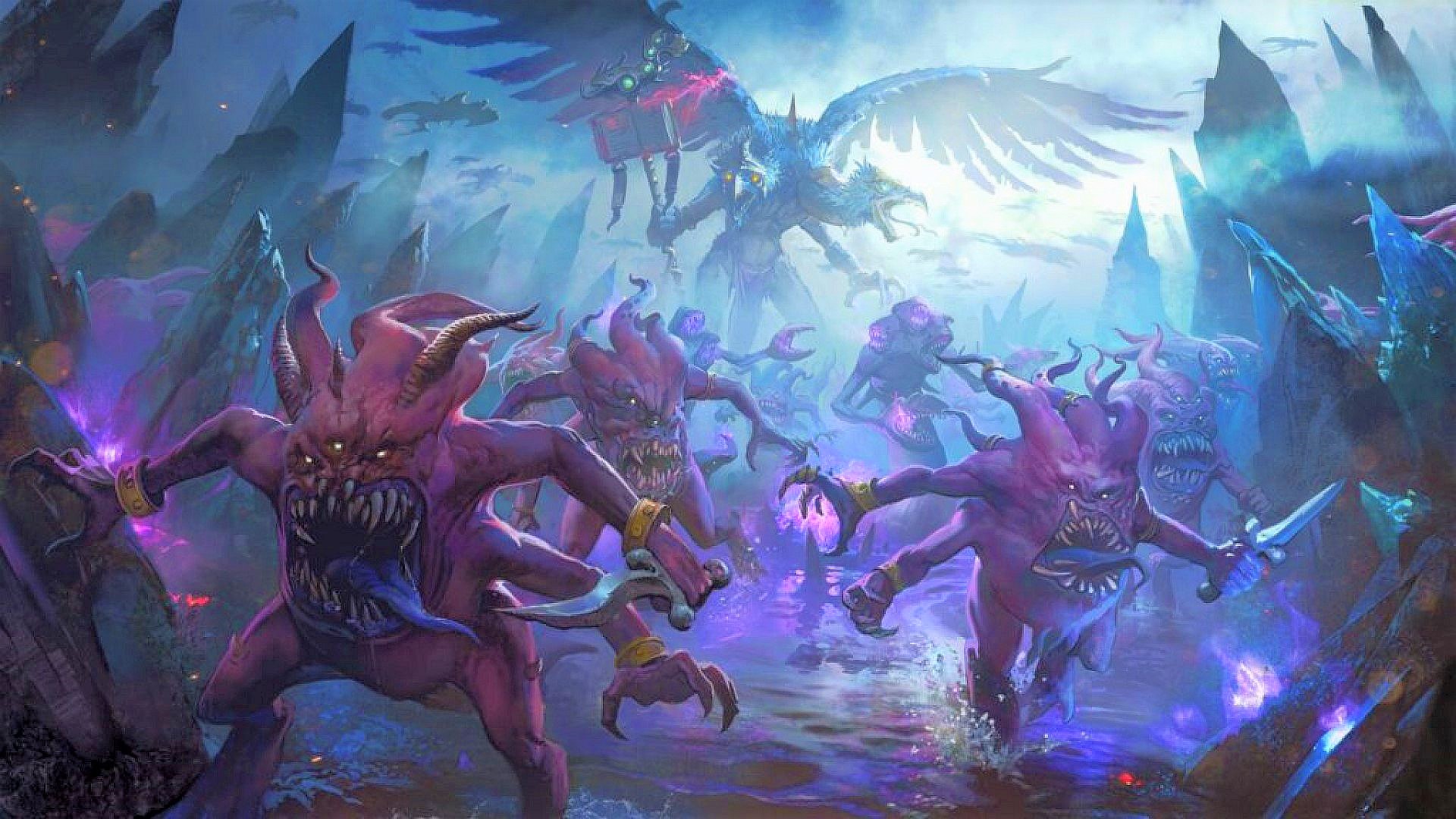 If you’ve been keeping a close eye on Total War: Warhammer 3 news, you’ll have seen the Chaos God reveals pouring out over the past few months like daemonic Nurgle slime, ahead of the strategy game’s arrival in February next year. We’ve seen the Nurgle, Slaansesh, Tzeentch, and Khorne factions make their gruesome pre-launch debuts – but it seems they won’t be the chief architects of the game’s chaos (heh). Instead, the “real villain” will be some mysterious other being.

That’s according to principal writer Andy Hall, who we spoke to about the game’s narrative and lore now that the veil’s been lifted on the four main Chaos Gods. As long-time fans of the tabletop game will know, these gods rallied behind their ‘Everchosen’, Archaon, to destroy the setting on which Total Warhammer is based in a big event called the End Times. Since we know Warhammer III will also feature the gods, fans have been wondering if it’ll tell a similar story – Creative Assembly has been clear that it isn’t doing the End Times, but has kept other details under wraps. We took the chance to probe Andy about the key differences.

“Well, the End Times was the grand design of the Chaos Gods and their direct scions,” he tells us. “For once they stopped playing the Great Game against each other and focussed their servants on all-out annihilation.